Skip to content
Home » All About Wine » Wine Vocab

Acids– Members of a group of chemical compounds that create the sharp or sour taste in a wine. A wine’s concentration of acids is called acidity. Acids are not only important for the taste of a wine, but because they prevent the growth of harmful bacteria and spoilage yeasts. Two of the most important acids and tartaric acid and malic acid.

Acidity– A general term for the fresh, tart or sour taste produced by natural organic acids present in wine. Acidity is typically sensed on the sides of the tongue as a puckering/mouth-watering sensation.

Aroma- The odor of a wine imparted by the grapes from which it was made, as well as the fermentation process.

Balance– A wine is said to be balanced, or well-balanced, if its alcoholic strength, acidity, residual sugar, tannins, and fruit, complement each other so that no single one of them is obstrusive on the palate.

Battonage– French winemaking term for the action of lees stirring.

Bitterness– One of the primary taste sensations that is particularly acrid.

Body– A tasting term for the perceived weight- the sensation of fullness, resulting from density or viscosity- of a wine on the palate. Wines at either end of the scale are described as full bodied or light bodied.

Chaptalization– A winemaking practice whereby the final alcoholic strength of the wine is increased by the addition of sugar to the must before/during the fermentation process.

Corked– A tasting term for a wine spoiled by cork taint. This is one of the most serious wine faults because it irrevocably imbues the wine with such a powerfully off-putting smell that the wine can no longer be consumed with any enjoyment.

Cru– French specialist term for a vineyard, usually reserved for those officially recognized as of superior quality.

Diacetyl– A product of malolactic fermentation that produces a buttery aroma.

Disgorgement– The stage of the traditional method of sparkling wine where the frozen sediment from secondary fermentation is removed from the bottle.

Dosage– The final addition to a sparkling wine (usually a mixture of wine and sugar syrup) that determines the sweetness, or residual sugar, of the finished wine.

Élevage– A French word that literally means ‘rearing’ , ‘breeding’ or ‘raising’. WHen applied to wine, it means the period of time between fermentation and bottling, where the winemaker is ‘raising’ or guiding the wine until it’s completion.

Enology– The American, and South African spelling of oenology, which is the study of wine and winmaking

Ethanol– The common name for ethyl alcohol, the alcohol most common in wine and other alcoholic drinks.

Fermentation– As it applies to wine, it is the conversion of sugar into ethanol and carbon dioxide by the anaerobic metabolism of yeast.

Filtration– A stage of the winemaking process in which the winemaker is seeking to achieve clarification of the wine by filtering out solids and particulates in order to achieve a clear wine. This is not necessarily a required step and is considered controversial.

Fortification– The practice of adding spirits, generally grape spirits, to a wine in order to halt fermentation, ensure stability and adding alcoholic strength to the wine.

Grafting– The connection of two pieces of living plant tissue so that they unite and grow as one plant. This is particularly important for grape vines since grafting onto resistant rootstock is the only effective weapon against phylloxera.

Harvest– The transition period in the winemaking cycle from vineyard to cellar (also known as ‘vintage’ or ‘crush’). This mainly includes the process of picking ripe grapes to be processed in the cellar. Manual pdf

Isinglass– A protein obtained from the bladders of sturgeon that has been used for fining (clarifying) wine for centuries.

Joven– Spanish for ‘young’. Wines made in this style are meant for early consumption.

Late Harvest– General term for grapes that have been allowed to hang longer than normal for dry wines in order to make sweet wines. At this point, the berries are much richer in sugar.

What is Kosher Wine?

keith January 29, 2022
Wine is a worldwide phenomenon, but it plays a unique role in Judaism. It’s been part of the culture for thousands of years! The old …
Read More 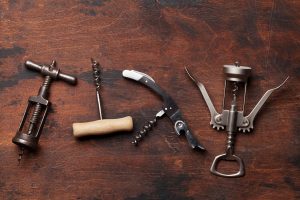 How to Open a Bottle of Wine

keith January 29, 2022
Wine is a beautiful beverage. Perhaps it’s the most complex and sophisticated in the world, but it’s still easy to enjoy. Wine makes every occasion …
Read More 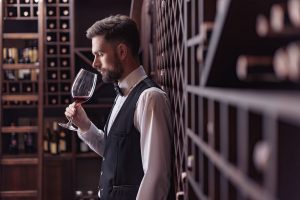 keith August 27, 2021
It usually starts with a basement… Where you locate your cellar will influence the costs of maintaining it in the future. It is recommended that you …
Read More 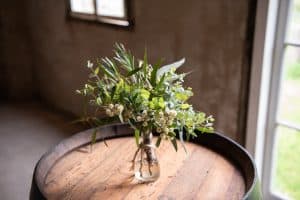 keith July 4, 2021
The latest trend in wine is not a trend at all; instead, it’s a return to winemaking in its simplest form. Natural wines eschew commercialization …
Read More 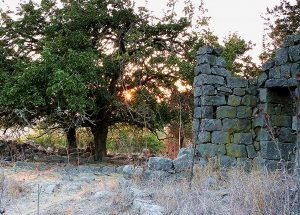 keith July 3, 2021
Winemaking in Israel stretches back thousands of years, and wine culture provides the backdrop for many notable events in the Torah and Old Testament. Similar …
Read More 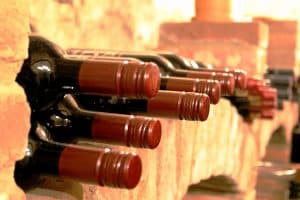 keith July 3, 2021
The Wine Cellar Myth Wine enthusiasts seem to agree that aging wine is the ne plus ultra of wine expertise.  But what if the whole enterprise was …
Read More 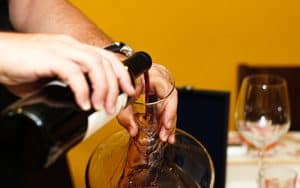 Mark June 24, 2021
When and how to decant wine is one of the most frequently asked questions about wine. It seems like a special superpower ascribed only to …
Read More 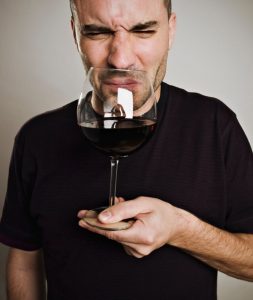 Mark June 23, 2021
“Drink what you like” has become the slogan of the wine cognoscenti. You hear it everywhere: in restaurants and wineries, not to mention countless articles, books, …
Read More 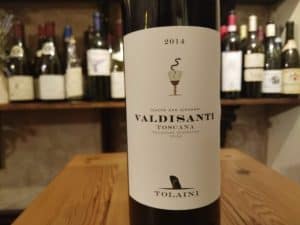 keith June 16, 2021
You’ll first need to gather some basic tools. Here are our recommendations. We don’t include decanting in this article, but it is recommended. Waiter’s Corkscrew Sometimes …
Read More 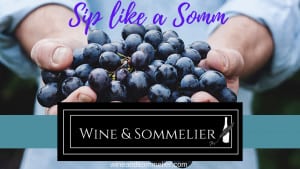 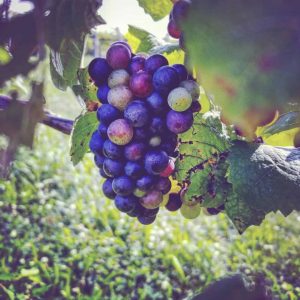 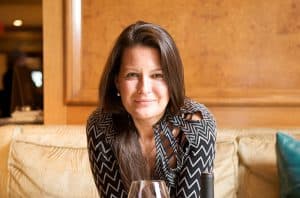 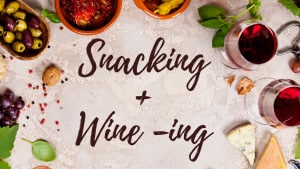 Mary June 25, 2020
This guide will help you achieve your best snack life-with recommendations for any craving…
Read More 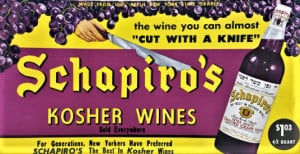 The Ultimate Guide to Kosher Wine

Michael Pollack June 6, 2020
Kosher wine is made just like other table wine, with an extra set of rules to make it consistent with Jewish dietary law.
Read More 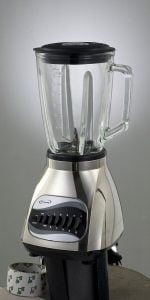 Dave June 6, 2020
This is where tradition stops and technology starts-This is also the point at which traditional die-hards take a stand against this method.
Read More 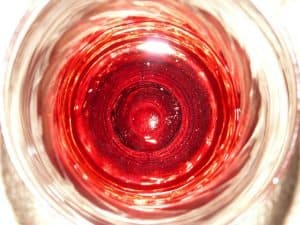 Dave June 3, 2020
When to decant? For how long? What to use? So many questions, so many opinions
Read More 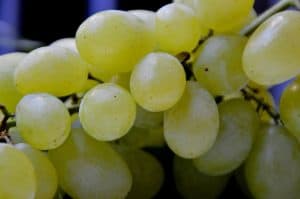 John May 30, 2020
This article discusses sustainability as it pertains to the wine industry and provides resources for organizations and certifications around the globe.
Read More 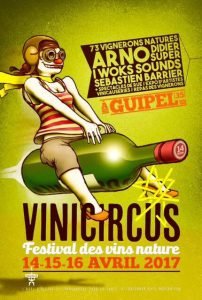 Fanny May 29, 2020
Wine is being made by chemists, punks and shamans. What is even going on?! What is organic wine, natural wine, and biodynamic wine? Something delicious…
Read More 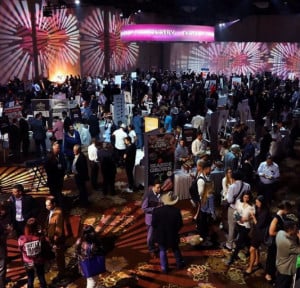 Mary May 28, 2020
Every year, numerous Wine Expos are held across the country; attracting both wine professionals and amateurs alike.
Read More 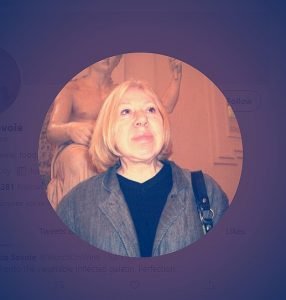 Sasha May 28, 2020
In the next twenty years, Savoie hopes there will a complete shift in how the public distinguishes women- not only wine, but in all aspects …
Read More 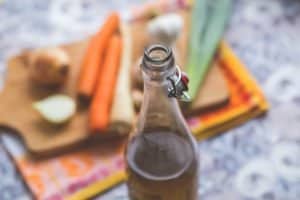 Vegan Wine: What’s It All About

Tyler May 27, 2020
There are many options for vegans to be able to drink wine happily. It also depends how much research one wants to do.
Read More

Su Jin May 27, 2020
Everything you need to help you open that bottle of wine!
Read More 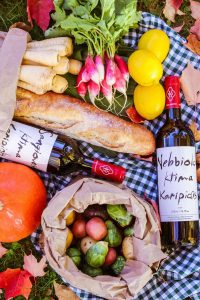 Wines for Every Occasion

Mary May 27, 2020
from BBQ’s with friends to Drinking with Connoisseurs- Here are some recommendations that will help you Choose the Right Wine
Read More
Scroll to Top