Its Role within our Trade

You’ve probably heard the terms natural, organic, and vegan applied to wine; they refer to vineyard and winemaking practices. Sustainable wine is a much broader topic, and whether a regional or national program, includes practices related to wine growing and native habitat preservation, societal and business concerns, such as worker’s health, safety, and being good neighbors, and being part of the community.

These can be grouped into what is commonly referred to as the “Three E’s” of sustainability:

This article will cover sustainable wine at a high level, touch on two programs in some detail, and provide resources for key wine-related sustainability organizations and certifications around the globe.

Let’s take a look at two of the programs.

With roots going back to 1991 when farmers formed the Lodi Winegrape Commission, Lodi Rules has one of the longest histories in promoting sustainability, starting with the reduction of pesticides in the vineyard by adopting Integrated Pest Management (IPM). Its certification program was put into place in 2005. 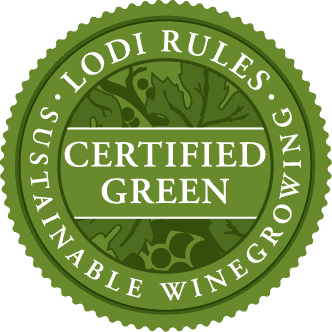 Lodi Rules also include a pesticide risk assessment model, based on a pesticide’s impact on workers, flora, and fauna. Certification is awarded annually, and audits are conducted on random vineyards to ensure compliance.

South Africa’s IPW program was established in 1998, with the 2000 vintage being the first eligible for certification.

It has separate certifications for winegrowing (“FARM”) and wineries and winemaking, including bottling facilities (“CELLAR”).

As of June 2018, the FARM guidelines have 15 categories, and the CELLAR guidelines have 14 with an additional Bonus category.  Applicants complete an annual self-survey, based on the guidelines (with very detailed information in corresponding manuals). Audits and spot checks are done randomly, including evaluation of grapes during harvest.

Why so many sustainable wine programs?

Just as each country, and each wine region within a country, has its own laws for the types of grapes permitted, minimum alcohol levels, and percentages of varietals for labeling purposes, the sustainability initiatives have to take local conditions into account.

Whether national or regional, most of these programs have several things in common: 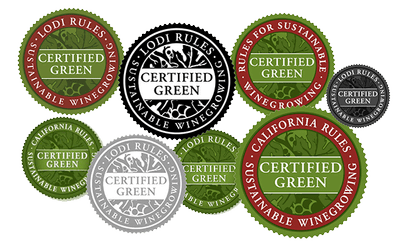 One item that is always covered for winery practices is water use.

How much water does it take to produce one gallon of wine?

The amount of water it takes to produce a product is known as its water footprint.

In 2008, Bob Chrobak, a consultant on water issues for wineries, said: “six gallons was a good rule of thumb.” That’s water used in the winery for tasks like cleaning the barrel, equipment, and floors, among others.

Water use in the winery can be reduced with equipment changes (low flow, high-pressure fittings), and by filtering the water so it can be reused, and by changing some practices.

Some wineries have become very aggressive in reducing their water use and are using less than three gallons per gallon of wine, and some, around one gallon.

This, of course, does not include water for irrigation, which will vary widely around the world.

Some wine regions are dry-farmed, either by choice or local law. In others, where irrigation can be used, inefficient overhead spraying systems can be replaced by precisely metered drip irrigation systems.

Drip irrigation promotes deep vine root growth, which leads to healthy vines and most likely, wines with more complexity when compared to an overhead system that encourages vines’ roots to spread horizontally. 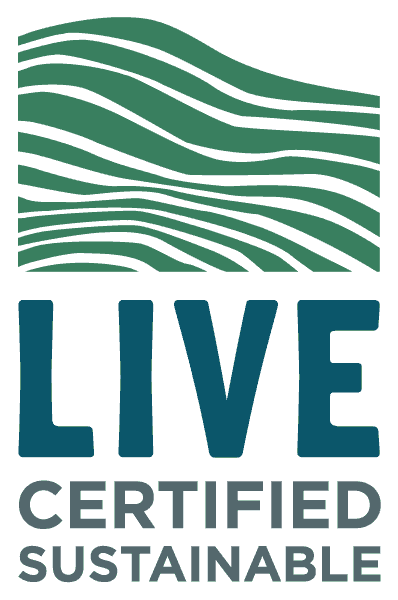 As we look toward the future and continue our leadership in sustainability,
Sonoma County Winegrowers has partnered with the California Land Stewardship Institute
to launch a Climate Adaptation Certification program for local winegrowers.
We believe that local solutions are the key to global issues.

Certified California Sustainable Winegrowing (CERTIFIED SUSTAINABLE) is a certification program that provides verification by a third-party auditor that a winery or vineyard implements sustainable practices and continuous improvement.

Sustainable Winegrowing NZ™ is widely recognized as a world-leading sustainability program and was one of the first to be established in the international wine industry in 1997.

Sustainable Winegrowing Australia is the Australian wine industry’s sustainability program – set up to support growers and winemakers in demonstrating and improving the sustainability of their businesses.

EQUALITAS aims to promote the sustainability of the agri-food and wine supply chains, first and foremost, based on a vision and an approach tailored to bringing together businesses, society, and the market.

The Sustainability Code of the Chilean Winemaking Industry is a voluntary standard that guides winemaking companies in the challenge to work sustainably based on requirements in three complementary areas: vineyard, winery-bottling plant, and the social sector. 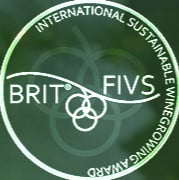 Since 2010, the Botanical Research Institute of Texas (BRIT) has given its International Award of Excellence in Sustainable Winegrowing to wineries that are taking a leading role in sustainable practices. Applicants complete a self-assessment and submit two representative bottles of wine for judging.  For 2020, BRIT joined with Federation Internationale des Vins et Spiritueux, a Paris-based international federation of sustainably-minded wine organizations (FIVS), to manage and promote the competition. Past winners include wineries from California, Australia, France, Italy, Texas, Spain, Argentina, and Portugal.