When I first began thinking about writing on Women in Wine, it dawned on me that the best place to start is with an interview. That interview ended up being with Patricia Savoie. 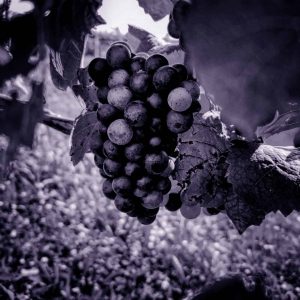 I had an opportunity to sit down with this veteran of the industry and pick her brain as to what has changed in the past fifty years. My first few questions were regarding how she feels women are being treated in the industry, and what the future holds for them.

She has quite a lot to say on the matter.

Right off the bat, she notes that the wine industry has historically been a “boy’s club.” Forty years ago when she wrote the book, “A Wine Tasting Course”, (which was the first book that taught people how to learn about wine) women were marginalized in most of the industries, especially in wine writing. At the time, this was a surprise to hear, since journalism had been an area of work where women had been seemingly accepted. Savoie estimates that it has only been within the past two decades that women have become more accepted in the world of wine, but there is still a lot of progress that needs to be made.

While running a small wine shop in Brooklyn, Savoie recalls the derogatory salesmen who would talk down to her- thinking that there was no way she could know anything about wine, even though she owned the shop.

She reminisces about an evening out at a restaurant, which shall remain nameless, with two other women. When she requested the wine list from the sommelier, he replied “Red or White”.  He could not imagine that it was possible for the women sitting at the table to know enough about wine to be left alone with a wine list.

Thankfully, this attitude has begun to change over the decades, as staff in restaurants skew younger and are (generally) accepting of the idea that all genders could have knowledge of wine.

When it comes to her experiences as a wine writer, Savoie recalls that twenty years ago it was still very much dominated by men, and quite difficult for her to receive any quality assignments.

She speculates that the field was still largely dominated by men for a few reasons. The first is that editors perceived readers as having more faith in a male writer than a female one. This belief is dwindling now (as it should). And we look back gratefully at all the numerous women who worked so hard for their credentials and fought to prove themselves worthy of their titles.

Today, more women are working as sommeliers than ever before. And quite a few have gone on to receive the elusive title of ‘Master of Wine’. Savoie reckons that the biggest driving force behind this acceptance in the wine industry is the fact that women have started to rise up and claim power for themselves (as we have begun to see in many industries all over the world).

In the next twenty years, Savoie hopes there will a complete shift in how the public distinguishes women- not only in wine but in all aspects of life. She hopes to see more women sommeliers, shop owners, winemakers, and journalists being accorded the respect their hard work has rightfully earned them.

Patricia has been involved in the wine industry for almost half a century. She is a freelance wine, food, and travel writer based in NYC, as well as a columnist for Beverage Media, writing on “The New York City Wine List.” Her articles appeared on a regular basis in the recently discontinued Sommelier Journal, and she was the wine columnist for ICON magazine for eight years. A long-time member of the Wine Media Guild of New York, an association of professional wine writers, she has been Co-Chair for the past five years. She is co-author of the Farleigh Dickinson University online wine course, “Discovering the World of Wine.” She serves as a judge at international wine competitions. Her book, A Wine Tasting Course (McKay, 1978), was the first book that taught people how to learn about wine. From 2003-2005, she owned and managed a retail wine store in Brooklyn, and before that she spent many years as a corporate manager and consultant. [1]